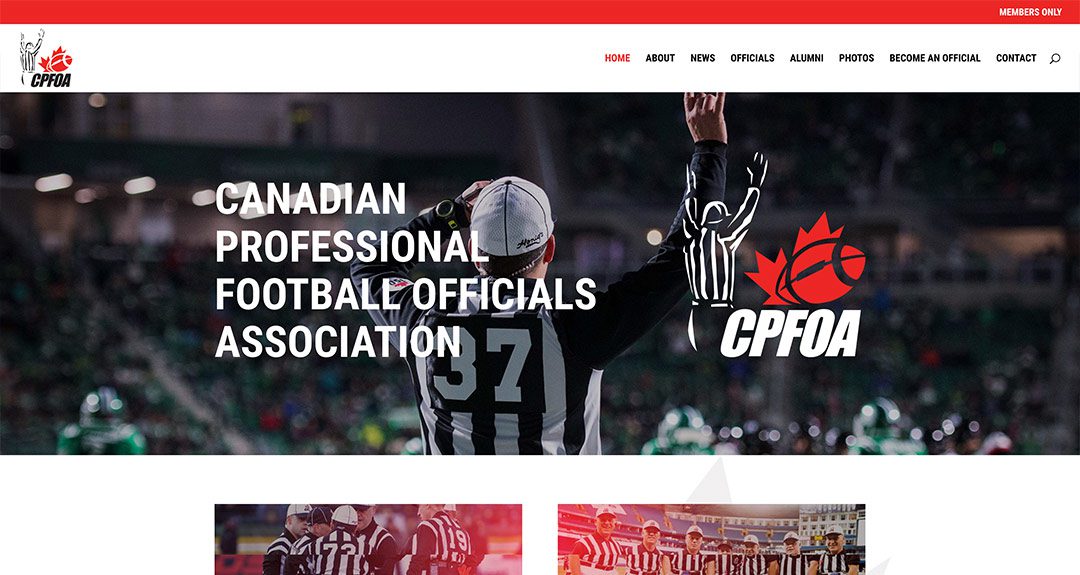 Like many similar organizations, the CPFOA grew from a strong desire on the part of senior members to achieve improved working relations with their employers. While no members of the CPFOA are employed full time in undertaking their duties as CFL Officials, a significant commitment of time and energy is made by anyone who has been hired by the League preparing for, traveling to and completing their assignments as officials at CFL games. During the 1990’s it appeared to many who were working as on-field officials that few others within the League truly understood what they were doing and just how much they desired the League to provide them the resources to improve.

In 1996, the men who were then on staff as on-field officials, formally voted to establish the Canadian Professional Football Officials Association. At that time, they elected an executive board to represent them in negotiating a contract for all members of the officiating staff. A Constitution was adopted and Bud Steen elected as the first President of the organization. While the League had previously expressed concern for its largest group of employees, it was several years and many meetings later before they would agree to a uniform contract for all members of the officiating staff.

In 2005, under the guidance and direction of Commissioner Tom Wright, the Association achieved the uniform contract that had been pursued for many years. Within a relatively short time, the League Governors directed their Competition Committee to establish a sub-committee to study the needs of the officials and the Officiating Department to assist in improving this critical aspect of the CFL game. As a result of that group’s work, substantial financial resources were directed to the Officiating Department for training, evaluation and coaching of CFL officials. 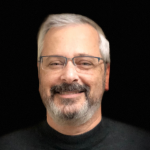 Flavio Mester is a graphic designer and systems analyst (in a distant life he was an architect). He is a founding partner and Art Director of Your Web Department. 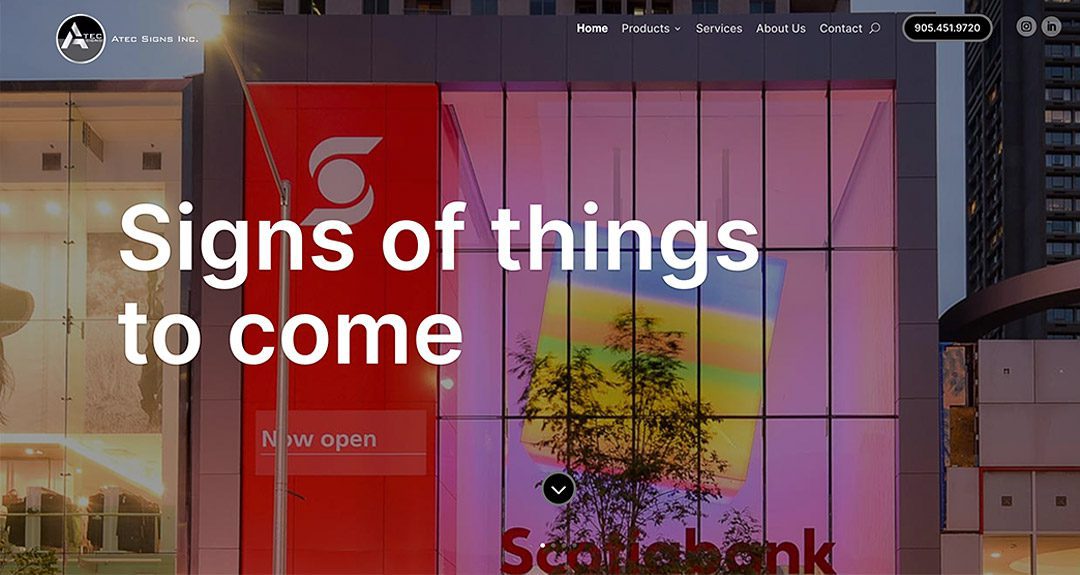 Atec Signs launches a website by Your Web Department

Atec Signs is a full service manufacturer of outdoor and indoor signage specializing in providing the highest quality products to the retail, commercial, entertainment and industrial sectors throughout Canada and the US.

END_OF_DOCUMENT_TOKEN_TO_BE_REPLACED 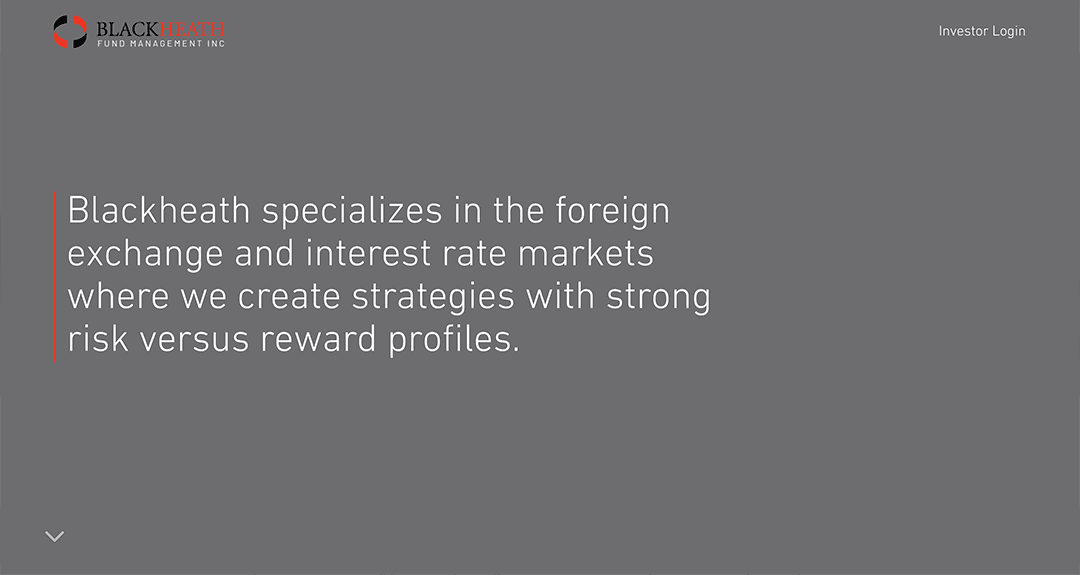 Blackheath specializes in the foreign exchange and interest rate markets where we create strategies with strong risk versus reward profiles.

END_OF_DOCUMENT_TOKEN_TO_BE_REPLACED 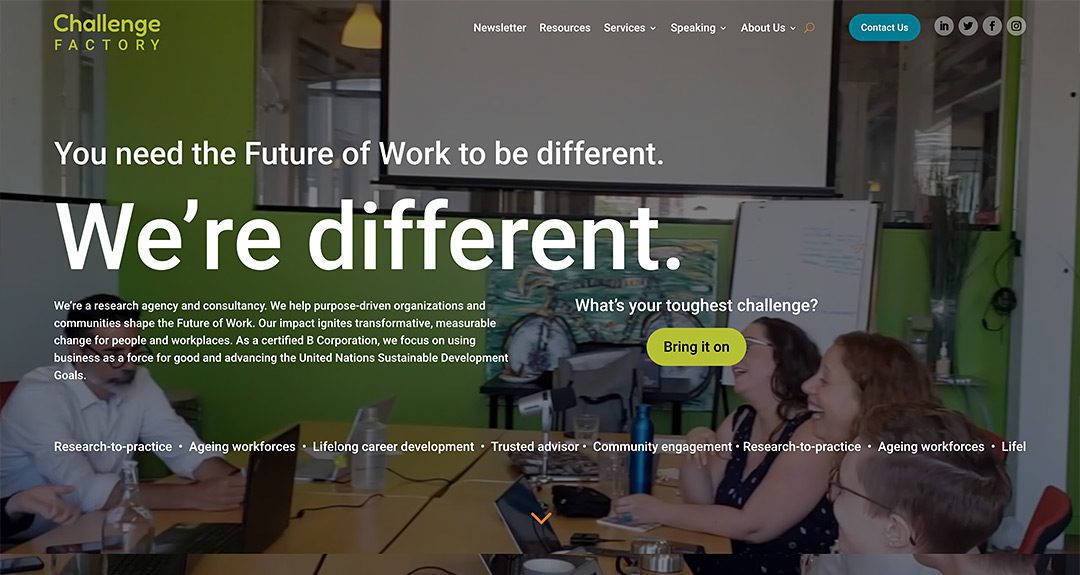 Challenge Factory launches a new website by Your Web Department

Challenge Factory is a research agency and consultancy that helps purpose-driven organizations and communities shape the Future of Work.

END_OF_DOCUMENT_TOKEN_TO_BE_REPLACED

Stay in the Loop

Signup to Our Newsletter